Cpanel - better with CentOS or FreeBSD?

Just wanted as much feedback on this as possible.

I'm more inclined towards FreeBSD as an OS as I've found it to have unrivalled stability and reliability over Linux distros such as CentOS(free clone of Red Hat).

However, I'm not sure about Cpanel's compatibility with FreeBSD, as from what I've gathered, Cpanel is more widely adopted on Linux platforms and hence more support goes that way.

I could be wrong, but I want to hear from server admins who have run Cpanel on both platforms, and which OS they recommend the most for use with Cpanel and why.

Stable OS, which makes the Cpanel Developer to code the panel in organized way and fix the problem. There is enough FreeBSD + CPanel users who reports bugs.


CentOS
Unstable (I mean compare to FreeBSD), not structured like freeBSD. Lots of stuff breaks unexceptionably with cpanel, because its really hard to code a panel, which keep with all the un-excepted changes comes with OS

xerophyte said:
From my experience cpanel is better with FreeBSD
Click to expand...

This is absolutely not true. The cPanel works just fine with CentOS and FreeBSD v5.x (We haven't tried v6.x yet). We use them both on our servers and our clients don't have any problems with them.


FreeBSD
Stable OS, which makes the Cpanel Developer to code the panel in organized way and fix the problem.
Click to expand...

What do you mean by that? So, can we say the cPanel developers do not code the panel in "organized way" for other Linux distributions?


CentOS
Unstable (I mean compare to FreeBSD), not structured like freeBSD. Lots of stuff breaks unexceptionably with cpanel, because its really hard to code a panel, which keep with all the un-excepted changes comes with OS
Click to expand...

This is not true. CentOS is STABLE and works just fine. I am just amazed and blown away by this
Last edited: Mar 7, 2007
Expand signature
Andy Reed
CCNA, RHCE, and Ubuntu Technologist
ServerTune.com
C

We have been running cpanel on our FreeBSD servers for 4 years now, and I have to say overall it seems very stable.

We have only had to request a support ticket once (just last week in fact). However, it did take cpanel a while to respond and fix the problem, going through about 4 support reps, perhaps this was because of the time of week (weekend). The problem was sorted within a couple of days, and it wasn't anything major, so no big deal. (eximstats broken due to an update).

We have just installed cpanel on a new server running Centos, there does seem to be a heck of a lot more support for linux based operating systems, both on this forum and elsewhere. Thats obviously due support+demand though. We had a few problems getting cpanel running on Centos, due to yum being broken, but this was fixed within a matter of hours after submitting a ticket to cpanel, so does seem they have a better response time for linux. This is only based on our experience though, and we have only ever opened 2 tickets with cpanel.

I would say support and stability are good for both platforms. We've only been running Centos a week now, but all seems good so far.


my first dedicated server was on centos, it had a very agressive cache .. so when i got DDOSED my server overload as hell!
also CPANEL CRASHED several times with centos

now im with FREEBSD. Its very simple to handle, also cpanel never crashed, and it has a very good firewall (IPFW) you can do whatever you want.
O

Hmm, well I'm not too sure if that's such a good idea summy. If you're saying things have been running stable for 4 years on FreeBSD and you're moving to CentOS/Linux simply because there's most "support" on forums and elsewhere - well why is there more "support"? Agreed that there are many more people using CentOS/Linux, but perhaps also because there are more problems/issues/bugs requiring support - basically headaches, administering a CentOS box than a FreeBSD box?
Expand signature
DNSCluster.co.uk - multiple geographically dispersed DNS Cluster provider!
R1Soft Leased CDP Licenses
Q

I think an important part that people are missing is.........

everything is a factor in the Linux world. hardware, OS, third party software..... Both CentOS and FreeBSD are very stable in their current releases. your kernel builds and devices used the server hardware are going to be more detrimental in your system crashes. I find that Cpanel works beautifully under CentOS v4(it was getting the raid drivers for the damn os install) but I am very sure FreeBSD has many fully functional servers as well with no issues. When you are deciding please bear in mind, the server will only be as good as the admin putting it together. In turn you make the system stable and you should customize it accordingly to it job.

Either OS will work fine. Normally, if it's choice between FreeBSD and CentOS, we suggest going with what you're comfortable with. For what it's worth though, my cPanel server is running CentOS and it works very nicely

for stable system, freebsd is more stable then centos

It's not long since I have installed the first cPanel on a FreeBSD machine. I can say that I love it. It works realy nice. I had one single problem by now, but nothing serious.

If you are more familiar with FreeBSD then you are with Linux, go for it. You'll have no regrets

All of our servers run on Centos 4.5 - we find cPanel runs just fine - theres never real any "major" problems - it's the most secure and it has a long life spam. 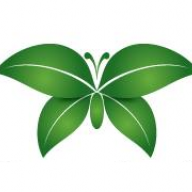 Its hard to compare CentOS with FreeBSD, since they "do things" very differently, even though they are both *nix-based operating systems.

CentOS, as everyone knows, is the Fedora/RedHat result for the corporate RHEL (RedHat Enterprise Linux). Its a stable operating system with a lot of support, but if you want to compare it with FreeBSD then you have to ignore the application layer (apache, cpanel, whatever) and look at the true operating system details and differences.

In other words, you compare the Linux Kernel with the FreeBSD Kernel. At that level we see the following:

1) Linux has a lot more "general hardware" support, while FreeBSD is targeted towards hardware related to networking.

2) Linux has a mature SMP support, while FreeBSD has just gone SMP in the past 4-5 years. In practice that means that some drivers and applications in FreeBSD don't take the full advantage of SMP (which is not a problem in FreeBSD v6 and onwards).

3) Linux has a lot more applications natively made for it and a lot more support and user base than FreeBSD. While FreeBSD has a Linux emulation layer and can pretty much run everything.

4) Now the tide turns, since FreeBSD has a far superior TCP/IP stack with a much more advanced secure layer embedded in the kernel than Linux (remember FreeBSD's relation with the most secure os, NetBSD). As a result, in pure numbers, FreeBSD has the fasted processing of bandwidth ever.

5) FreeBSD's memory management is far superior to that in Linux. When dealing with large number of processes and threads (Linux is very bad at threads) it does it fast, efficient and with as little swapping as possible.

6) FreeBSD runs natively a jail system that practically stops all attacks for root access, while the Linux equivalent is not a complete jail (apache/php and friends all run as system processes, while in FreeBSD everything can be jailed). Even if you get root, you'll be root in a jail.

7) Overall, Linux is more "bloated" compared to the lean FreeBSD. No extra modules and no extra RPM dependencies.


So what am i talking about all this time? Comparing Linux with FreeBSD by looking at cpanel or apache or another application is really completely irrelevant, instead you should look at the services each operating system provides.

Personally, i run both CentOS and FreeBSD as servers (i use Fedora for desktop), Linux is friendly (as friendly as a unix system can be) but FreeBSD is a more stable, leaner, and a more reliable server.

So what should you choose? Since this is about a hosting service, it doesn't really matter, anything you choose to use will work fine, unless you need some kind of extreme server with several million requests per minute, then go for FreeBSD, otherwise it shouldn't make any difference.
Expand signature
CODE IS POETRY
A

On my experiences cPanel runs more smoothly on CentOS as opposed to FreeBSD 6.
I've often had to iron out some post installation issues with FreeBSD 6 and cPanel which never occur with CentOS. If you're not experienced with Linux, IMO, CentOS with cPanel is the better option.

guys, FreeBSD IS NOT A LINUX DISTRIBUTION. FreeBSD is related to NetBSD and OpenBSD.