Hi,
I wanted to define an ip address in the host manager section in Cpanel.
But this error appeared on my screen.
How do I solve it?
Operation system:Centos 8 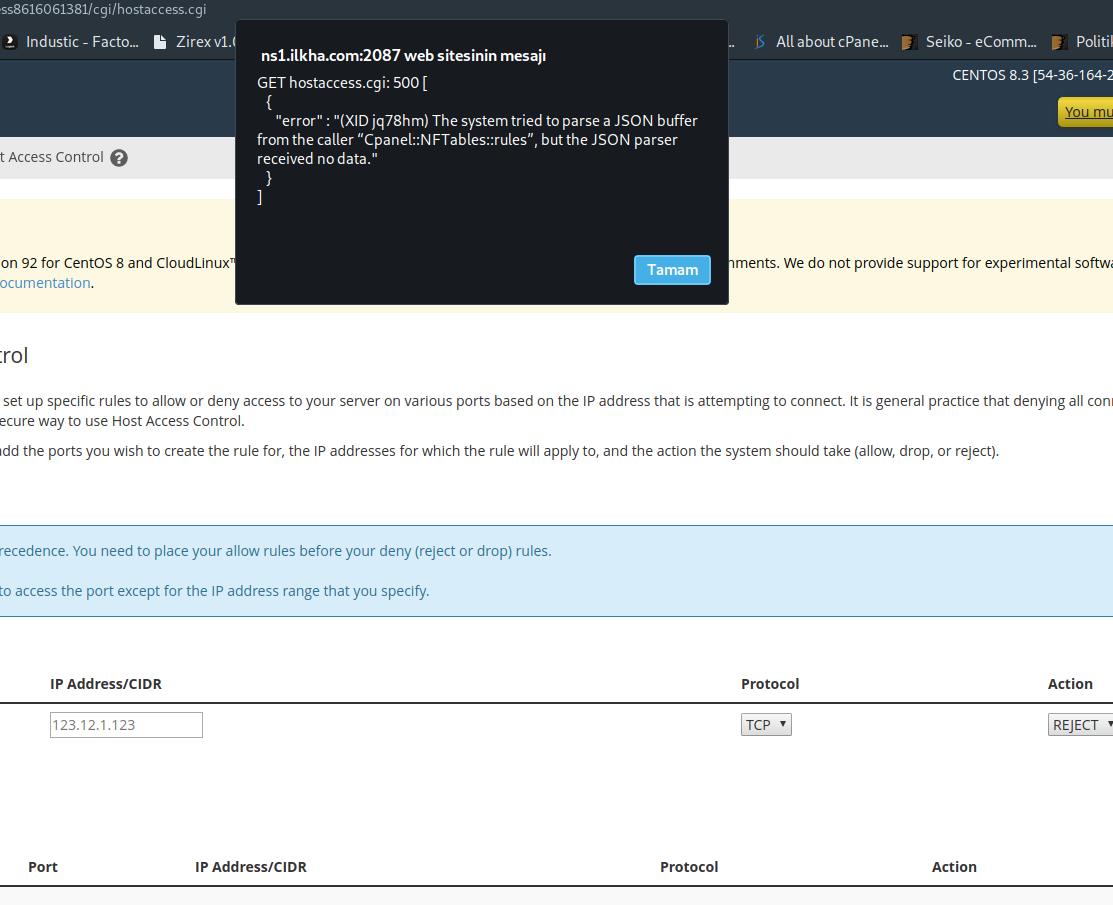 Hey there! We've already resolved case CPANEL-35412 that takes care of this issue, and it will be included in cPanel version 94. If you are running the Edge version of cPanel and want to try 11.93.9999.114 or newer, it will be working in that version. As CentOS 8 is still experimental as outlined here:

This document describes the system requirements for your cPanel & WHM installation.

this will likely not be backported to version 92.

Let me know if you have any other questions!
Expand signature
Submit a ticket - Submit a Feature Request
S

Thank you, So
What should I do to fix this problem? You say solved, but how will I solve it?

You won't need to do anything to fix the issue. Once cPanel 94 is released to the Current tier the issue will be fixed. If you're running version 92 on CentOS 8, there is not going to be a fix available until the server is updated as CentOS 8 is still considered to be an Experimental operating system for cPanel. It will be fully supported when version 94 is released.
Expand signature
Submit a ticket - Submit a Feature Request
Show hidden low quality content
You must log in or register to reply here.
Share:
Facebook Twitter Reddit Pinterest Tumblr WhatsApp Email Link
Top Bottom